ANZACs Honoured Across The Hilltops

We remember because it would be unthinkable to forget. That is the reason for ANZAC Day. That is why the phrase “lest we forget’ is repeated each year to commemorate the ANZACs, because to forget their service and sacrifice would be a travesty.

We must remember that our diggers fought for our freedom. Many of them laid down their lives for their country.

With the last two years plagued by restrictions and people having to resort to creative ways of commemorating our diggers, both past and present, some may have been concerned that ANZAC Day might die out.

If anything, those of us living in the Hilltops have put paid to any such notion with people coming out in the hundreds to be part of the dawn services, memorial services and marches held across the region.

The annual commemorative day is a very solemn occasion as we remember and honour the sacrifices of our servicemen and women, but this week’s commemoration across the Hilltops also held a sense of pleasure at being able to connect face-to-face at such an important time.

Across the course of the day, buglers played The Last Post, The Ode was recited, prayers were offered up, wreaths were laid and hymns were sung.

The Young Town Band performed at nu-merous services and marches across the region.

Conductor Rodney Clancy said it was a beautiful sunny day to commemorate the ANZACs and the occasion.

“There was a beautifully big crowd. It was a very, very suitable service.”

One thing that struck Mr Clancy most was an address by Major Phil Mitchell.

“He said that if everybody looked after somebody each and every day the world would be a better place,” Mr Clancy said.

“Not just ANZAC Day, but look after each other every day.” “Do something nice for someone.”

It has been 107 years since our diggers launched themselves onto the shores of Gallipoli during WWI.

Over 60,000 Australians fought at Gallipoli.

There have been numerous battles since then and our military personnel continue to defend our country and our freedom.

Boorowa’s ANZAC Day Dawn Service was held at 6am at the Boorowa War Me-morial last Monday, the 25th of April 2022.

Approximately 200 people attended the service, the first one held since COVID lockdowns prevented people congregating to commemorate this and other days of significance.

The dawn service was led by Mr Michael Taylor in lieu of Boorowa RSL Sub-Branch President, Alan Banks, who was leading the service at Rugby.

Mr Dean Franklin delivered the Prologue, saying “The sons and daughters of ANZACs came forward without question, accepted gladly, and discharged fully their responsibilities during World War II, Korea, Malaya, Borneo, Vietnam, the Gulf War, Iraq and Afghanistan, and in peace-keeping and peacemaking operations and other conflicts.”

Uniting Church lay preacher Bronwyn Fickel then delivered the prayers, which were followed by the Ode and The Last Post. After one minute’s silence was observed, Mr Franklin read “In Flander’s Field” by John McCrae and all were invited to sing, first the national anthem of New Zealand, and then the Australian National Anthem.

Participants were then invited to a hot breakfast and tea/coffee. Following the Dawn Service, a march was held at 10:30am, which went from the old Boorowa Courthouse down Marsden Street to the Boorowa War Memorial.

Readers will be interested to learn that the first ANZAC Day was held in Boorowa in 1916, when Boorowa’s churches held their services for all denominations, with a one minute of silence being observed at noon. Historian Helen Lloyd writes in her book “Boorowa: Over 160 Years of White Settlement” (1990) that “This was an emotional time for those who congregated that day, to pay tribute to those members who had lost their lives in the conflicts that formed the tradition of the ANZACs.” 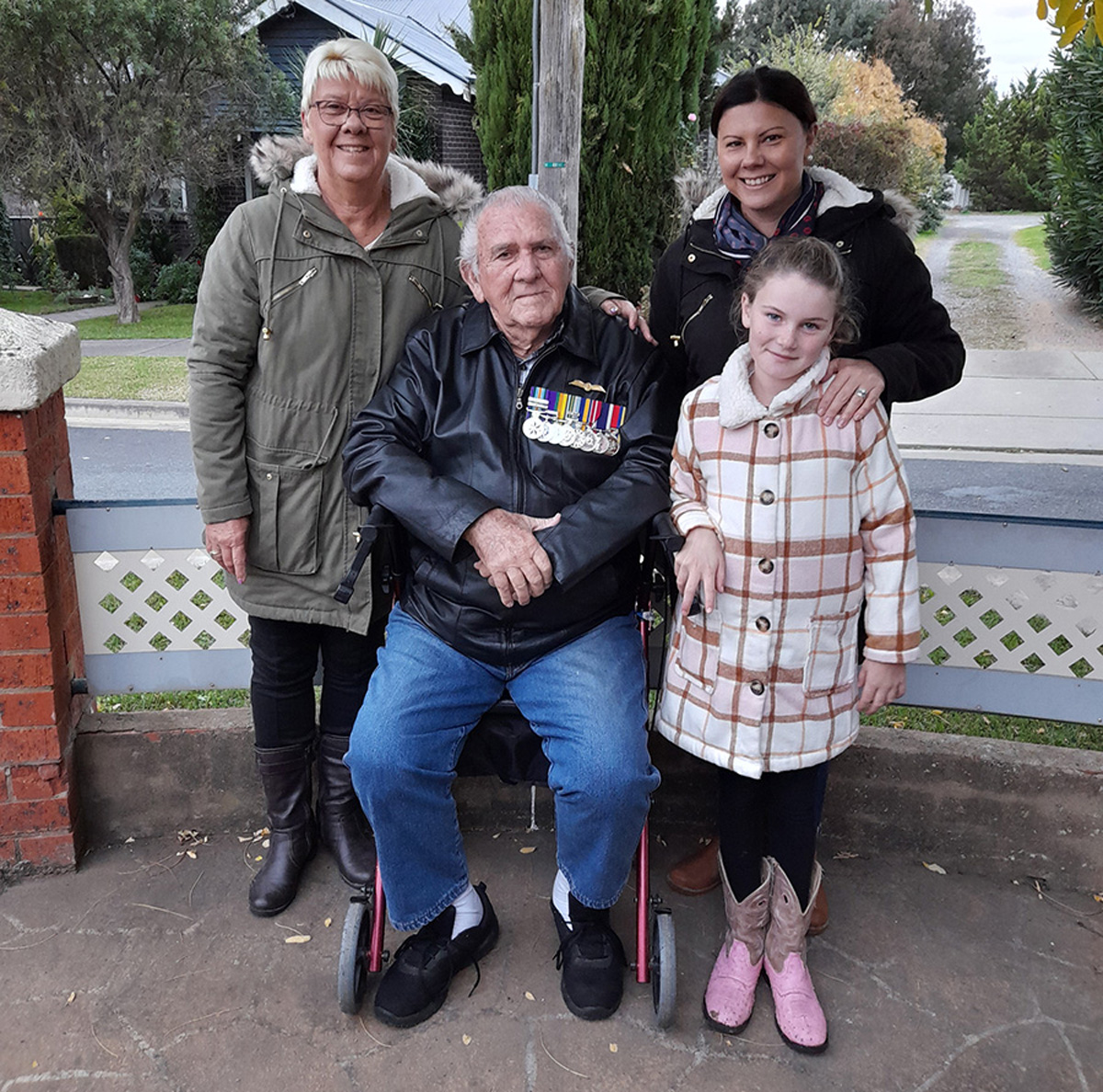 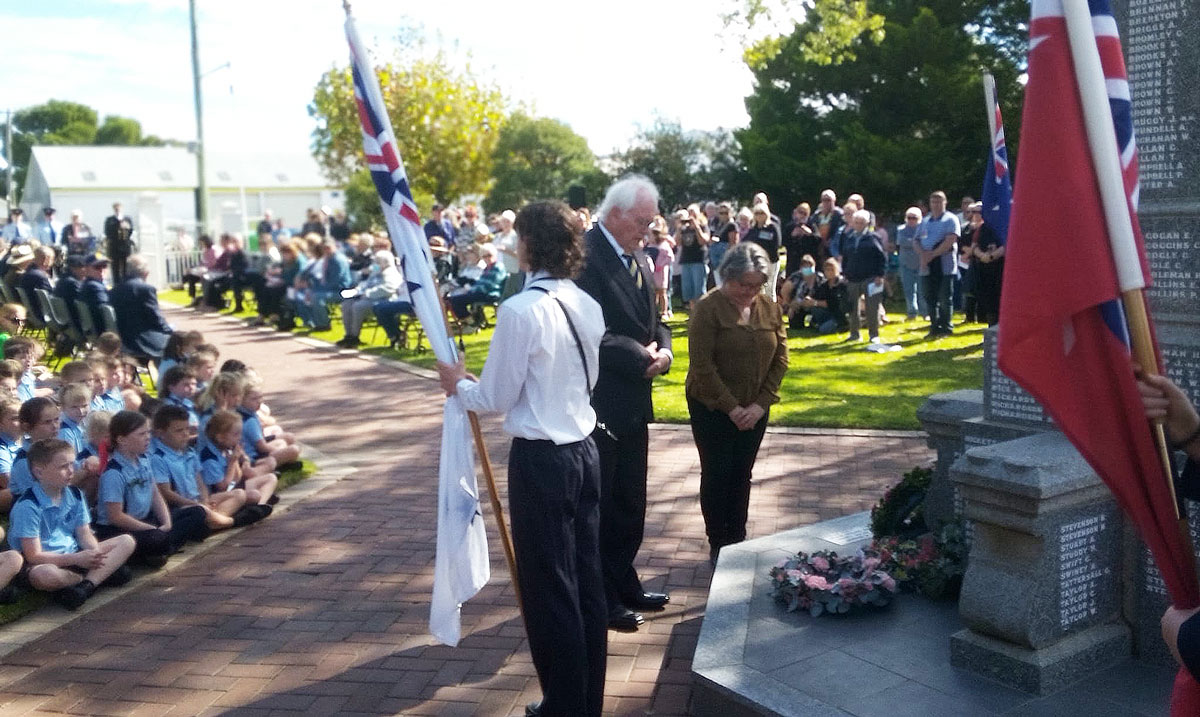 IMAGE: Hundreds of Hardenites gather to commemorate their servicemen and women, both past and present, on ANZAC Day. 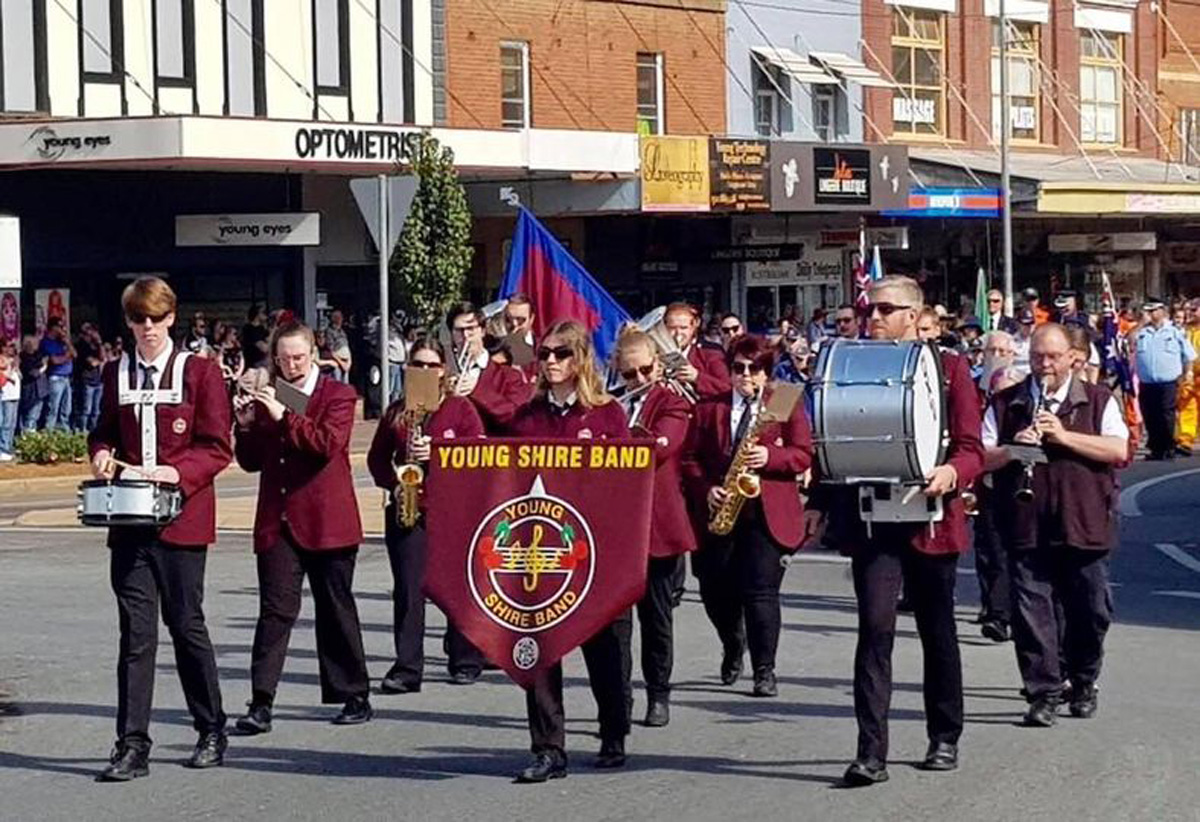