Kites in the sky at the Festival.

Conditions were perfect for kite flying with a steady breeze most of the day.

The theme this year was kites – canola – country which was celebrated in a number of ways. The Country Corner of the Festival was home to a number of talks and performances including a canola grower talk with Pat O’Connor from Oxton Park and a canola seed talk with Richard Madden from Pacific Seeds.

The new layout allowed ample room for the large crowd of 4100 to easily browse the sizable number of stalls and displays. With over 30 food stalls, there was a flavour for everyone including Filipino, Lebanese and Indian cuisine. There was also a stall for everyone including jewellery, handbags, craft, plaster to paint and a large range of kites. 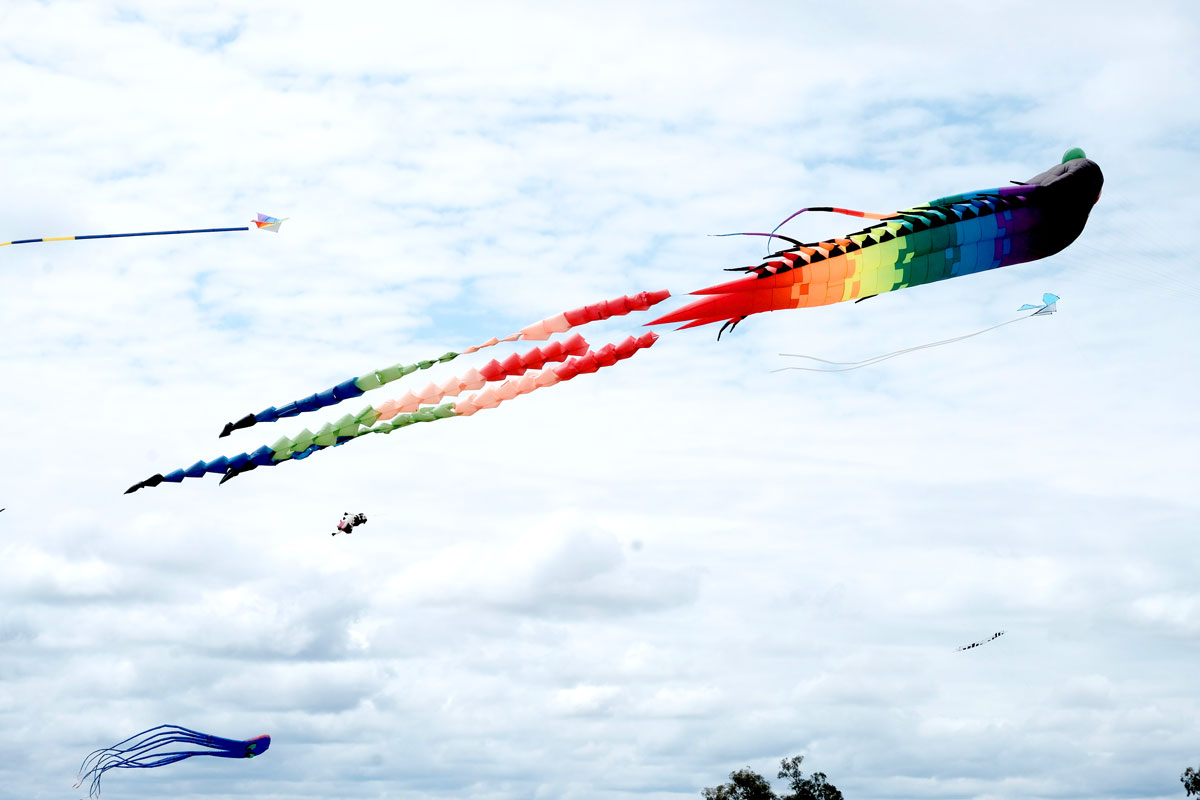 Member for Cootamundra Steph Cooke officially opened the Festival at 11am. A temporary bridge allowed kite fliers and viewers to cross over the racetrack without damaging the grass, preventing damage for the Picnic Races in two weeks’ time.

The traffic management company engaged by Hilltops Council ensured a smooth flow of traffic both into and out of the Festival with the coordination of the two entrances. Traffic arriving from Young and Canberra were easily able to navigate the event and find parking.

Due to the current health crisis, the Harden CanAssist meetings are suspended until September, 2020. If anyone is in…

The Harden branch of the Country Women’s Association (CWA) has received a grant of $50,000 from the NSW Government’s…

The Rotary Club of Murrumburrah-Harden have taken recent advice about the CoVid-19 virus. All Rotary meetings and…