Go Fund Me Page For Farmers In The Region

Last week, Sydney based property manager Sarah Latham and her work colleague Mark flew into Young to distribute the funds raised so far from Sarah’s Go Fund Me page. https://www.gofundme.com/aid-to-nsw-drought-stricken-farmers.

Sarah set up the page three months ago after hearing about how the drought is affecting farmers from her parents who live in Young. “I had heard of the suffering that some of the farming families in the Young region were going through and wanted to help. I had also learned that government funding was spread too thin and hadn’t reached many in the area”.

The page has raised $3000 and they have spread it across 3 local farming families who really needed aid – $300 went to each family in the way of IGA vouchers and $700 was credited to the family’s accounts to spend at Elders on agricultural supplies.

The funds raised were mainly donations made from Sarah’s city-based friends, contacts and clients of her firm, Latham Cusack Property. The page was promoted on various Facebook pages, Linked-In, word of mouth and an e-mail was sent out to her company’s database. 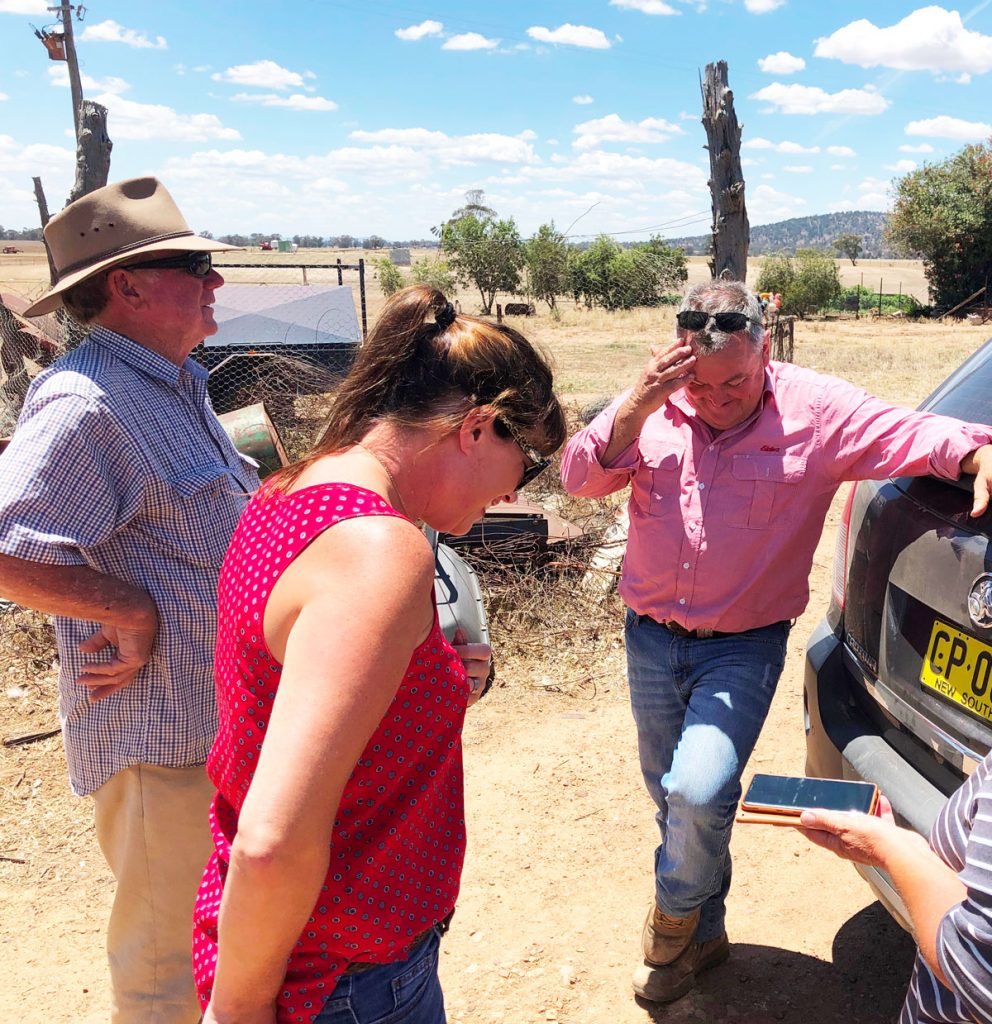 Sarah would like to thank everyone for donating but especially to Mick at Elders for helping her work out which families would benefit the most and Robert at IGA for arranging the vouchers. Also her parents for being the go-between to make everything happen during the short time they were there to meet one of the families in person. People are still able to donate to her Go Fund Me page. Originally the fundraiser was just going to be a one-off for her but now, after having visited with one of the families and seeing just how bad things are, she is going to keep it going.

“I really didn’t appreciate just how dry and bad things were for many and felt a bit disappointed with the amount we’d raised being nowhere near enough. We chatted to the married couple who still managed to joke around and have a laugh despite their circumstances and handed over the vouchers. They were incredibly grateful and overwhelmed. It was quite an emotional experience.”

Sarah ended her trip to Young with purchasing over $100 worth of items from Young’s CWA as Christmas presents for her clients.

Designing Gardens For All Seasons

Whenever I’m designing a garden, I think about the garden layout or style as though it was a black and white photograph…

Plant Of The Moment

Welcome to the second edition of Plant of the Moment from the ‘Garden at the Berkshires’. This is a garden that I have…

When will an application to Court for an easement be successful? If a person is unable to negotiate an easement with…