On Tuesday the 1st December 2020 severe storms worked their way across central NSW, including the Hilltops Region. Sixty-three roads and five townships/villages (Young, Boorowa, Harden, Koorawatha and Bendick Murrell) were affected in our Region. The storm resulted in trees being blown over, treatment works being disrupted, and hundreds of electrical assets being damaged or destroyed.

Teams from the Hilltops Council and Essential Energy worked around the clock to clean up and repair the storm damage.

Council coordinated an interagency response with the SES and RFS. Council crews were deployed to take clean-up actions and bring infrastructure back to an operating state.

Approximately thirty-six Hilltops staff over the Region have been involved in ongoing clearing operations. Staff worked to clear roads and ensure that the sewer pump stations were in operation during evening peak period to avoid sewer overflow as well as restarting the sewer treatment plant which was shut down due to prolonged power outage. They also ensured that water treatment plants were brought back to normal. Meanwhile, administration staff worked hard to answer calls from residents reporting damage and requesting updates on clean-up operations. Hilltops Council’s General Manager Anthony O’Reilly said “Our crews worked incredibly hard around the clock to ensure minimal disruption to the community. It was a great team effort that I am very proud of and I thank all staff involved.” 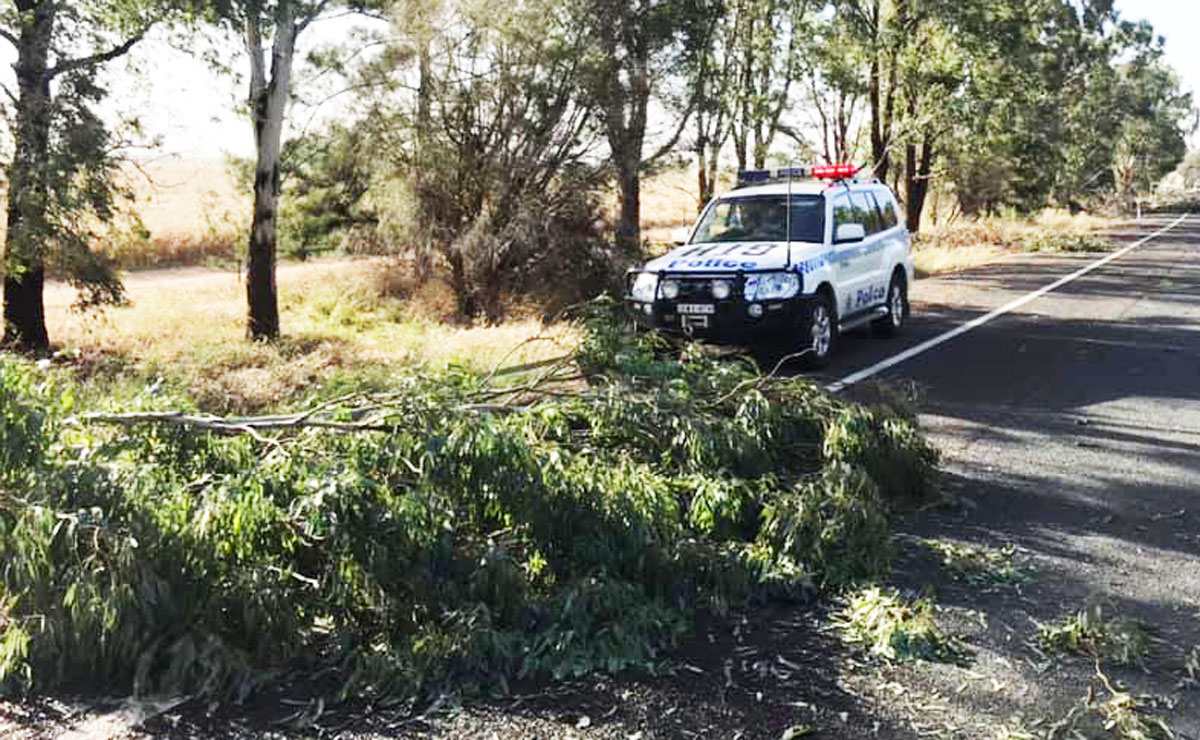 A spokesperson from Essential Energy said that 15,000 customers in the South West Slopes region were affected by the power outages. Local and additional crews from Wagga Wagga, Tumut, Albury, Culcairn, Canowindra, Molong and Orange were immediately deployed to the area to repair the electricity network.

Crews worked throughout the night on Tuesday evening in challenging conditions to restore power to 80 per cent of customers. Restoration efforts continued to be Essential Energy’s top priority as crews worked into Wednesday and Thursday. Supply was progressively restored to all customers by Thursday afternoon.

Essential Energy thanked the community for their patience and understanding whilst the crews repaired the significant and widespread damage to the electricity network.

The Phoenix is sure that all of us echo the sentiment from Colleen Clancy, who wrote the following on the Young Community Group Facebook page: “Huge shout out to all those involved in the clean up after yesterday’s storm. I drove about 270 kms of Hilltops roads today, both main roads and dirt back lanes. Although it was obvious there had been numerous trees down, on just about every road I traversed, not once was I prevented from proceeding. Council, SES, RFS, Police, property owners and some passing motorists too (I stopped and moved a couple of small branches) all combined and put in an effort to clear roads. Thank you all for making my day easier than it could have been. Essential Energy teams are still out there, repairing the power lines and replacing poles. If you still don’t have power, please be patient: I’m sure they’re doing their absolute best to get you connected”.

Chris started with Young Diagnostic Imaging as their receptionist at their flagship practice in 2006. She progressed to…

Jane and Tony Sibley started beekeeping just over 23 years ago, after falling in love with bees after helping Tony’s…