“The Federal Government understands the need for programs such as LifeSpan to build a stronger network to prevent suicide,” Mr McCormack said.

LifeSpan has been developed by the Black Dog Institute in partnership with clinicians, researchers, community groups and people with lived experience of suicide. It involves the implementation of nine evidence-based strategies simultaneously within a localised area.

The nine strategies are:

Estimates suggest that the simultaneous implementation of the LifeSpan strategies may reduce 20% of suicide deaths and 30% of suicide attempts.

Murrumbidgee Primary Health Network (MPHN) CEO Melissa Neal said the organisation has a strong commitment to working alongside local communities to deliver LifeSpan with the aim of reducing suicide deaths and attempts.

“Suicide affects everyone across the community, it does not discriminate, and we know that, sadly, we have higher than state average suicide rates in the Murrumbidgee region.”

Some of the programs that are being rolled out include Question Persuade Refer (QPR) – training targeted at the general community, Youth Aware of Mental Health (YAM) – a program for Year 9 students, Advanced Training in Suicide Prevention (ATSP) – targeted at GPs, psychologists and other medical professionals and Mindframe Plus – targeted at the local media. 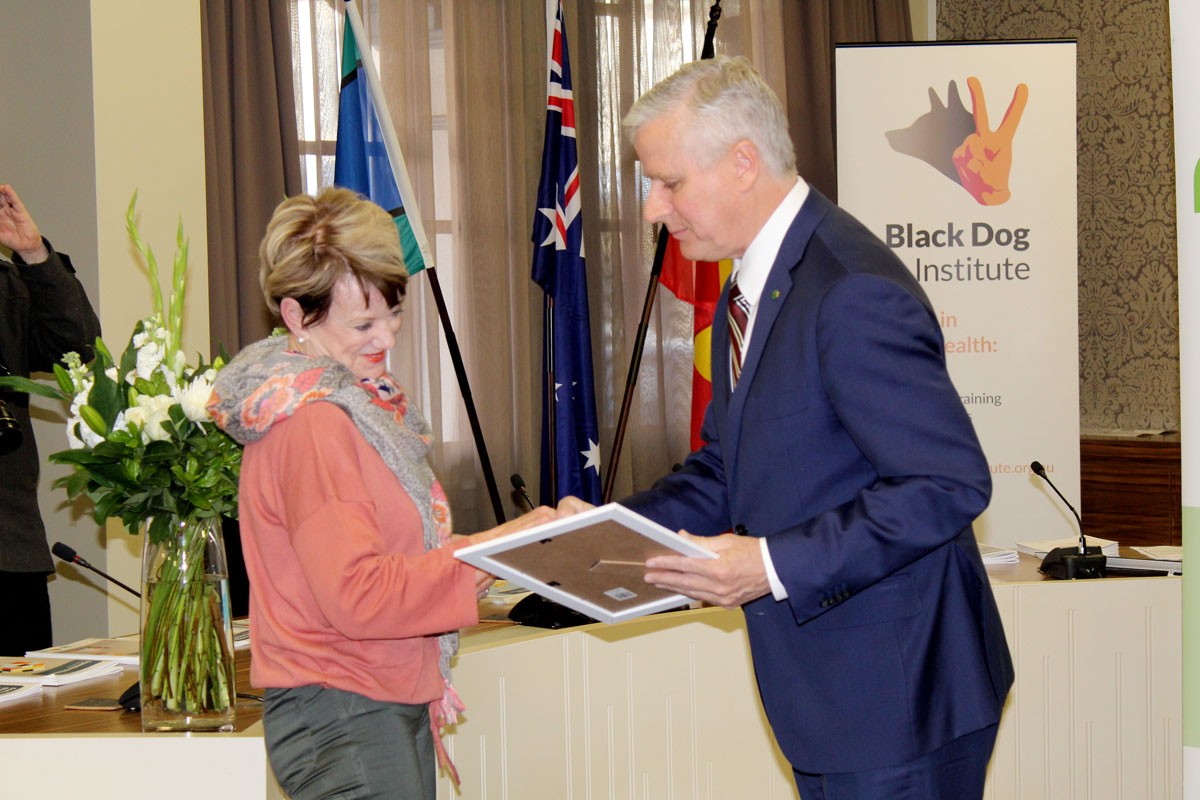 Wendy Dunk from Wilder’s Bakery was presented with a certificate by Deputy Prime Minister Michael McCormack for being the first person to complete the QPR training in the Hilltops region.

QPR training will provide you with the knowledge and skills to identify warning signs that someone may be suicidal, the confidence to talk to them about suicidal thoughts and the ability to connect them with professional care. It is now free, takes an hour to complete and the license remains active for three years.

Across The Hilltops
Healthsmart
Mar 04, 2021

A Trusted Family Business – The Boorowa Pharmacy Sue Corcoran is a well known Boorowa local, who not only volunteers and...

Call-out For Volunteers To Join The Young And Harden LHACS

The search is on for enthusiastic people in the community to join the Young and the Harden Local Health Advisory...