IMAGE: The Bollywood Dance Group entertained at the Street Party.

On Thursday the 14th of April, Boorowa hosted a Multicultural Street Party to the delight of visitors and residents alike.

Marsden Street was electrified with performances by the Afrobeat Dance Group, Filipino Dance Group, and Bollywood Dance Group, and music filled the air thanks to buskers, including the talented Hovert Gonzales, as well as country music singers.

If this wasn’t enough excitement for the children, there was free face painting, bubbles galore from the sparkly Roving Bubble Entertainer, giant games, a photo booth, and free kid’s gifts courtesy of Margaret Carmody from the Boorowa Newsagency.

The Boorowa Courthouse might have been replete with miscreants in the past, but there were none in sight as its grounds hosted a movie screening of “In the Heights” with a sausage sizzle ably provided by the crew from Boorowa Lions.

Several shops stayed open late and offered discounts to eager shoppers, including Brae Neuk Pallet furniture, Kerrie’s Nikity Naks, and DragonFly Boutique. Home Finch showcased a new line of clothing and shoppers were greeted with a sparkling glass of champers. There was also plenty of good food on offer including American style fries and burgers at the Courthouse Hotel, and tasty delights provided by several proprietors including the Boorowa Hotel, Peppers Cafe, Boorowa Wine Bar, and the Boorowa Ex-Services Club.

Although Harmony Week concluded three weeks earlier, the Street Party was in accordance with Harmony Week address by our Governor General, David Hurley. Hurley spoke of diversity as being one of Australia’s strengths, and said that “the sum of our different backgrounds, experiences and perspectives makes anything possible, and it makes me optimistic about our future… [There is] goodness that exists in our communities, towns and cities across the country. I called it a richness of spirit. Regardless of your cultural background or how long you’ve been an Australian that richness is part of who we are.”

The Multicultural Street Party highlighted the richness of spirit that exists in Boorowa and the broader Hilltops community, and the Boorowa Business Chamber, aided by “The Festival of Place – Summer Night Fund”, is congratulated for conceptualising and bringing this successful event to fruition. 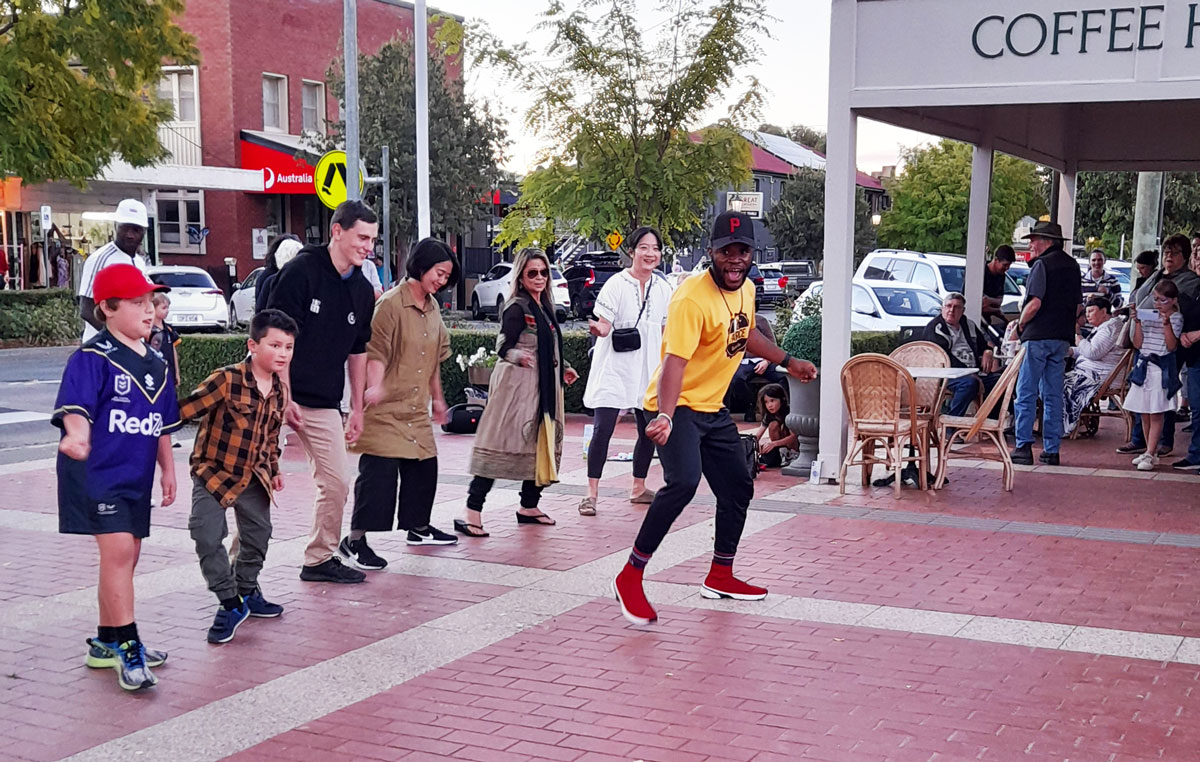 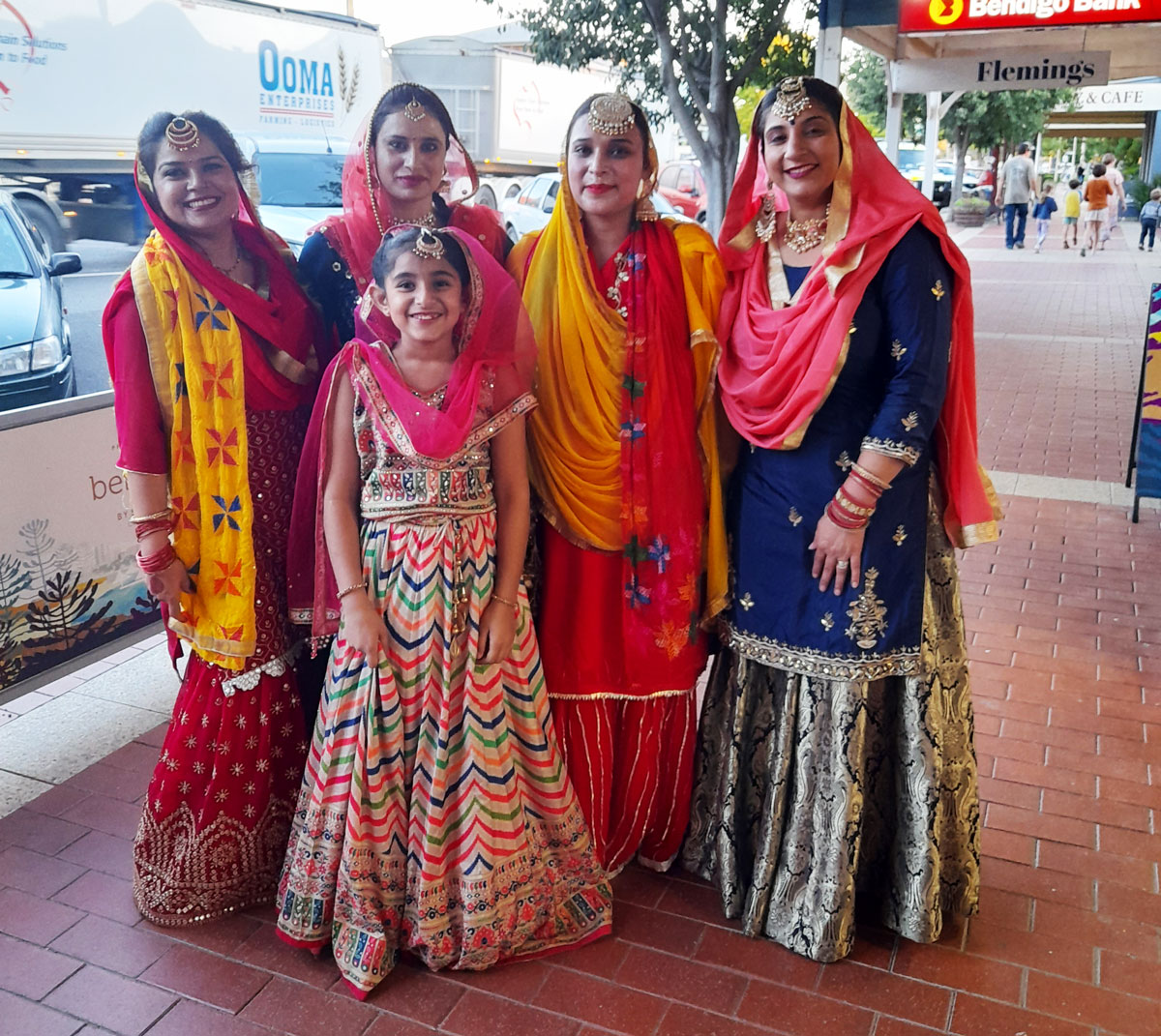 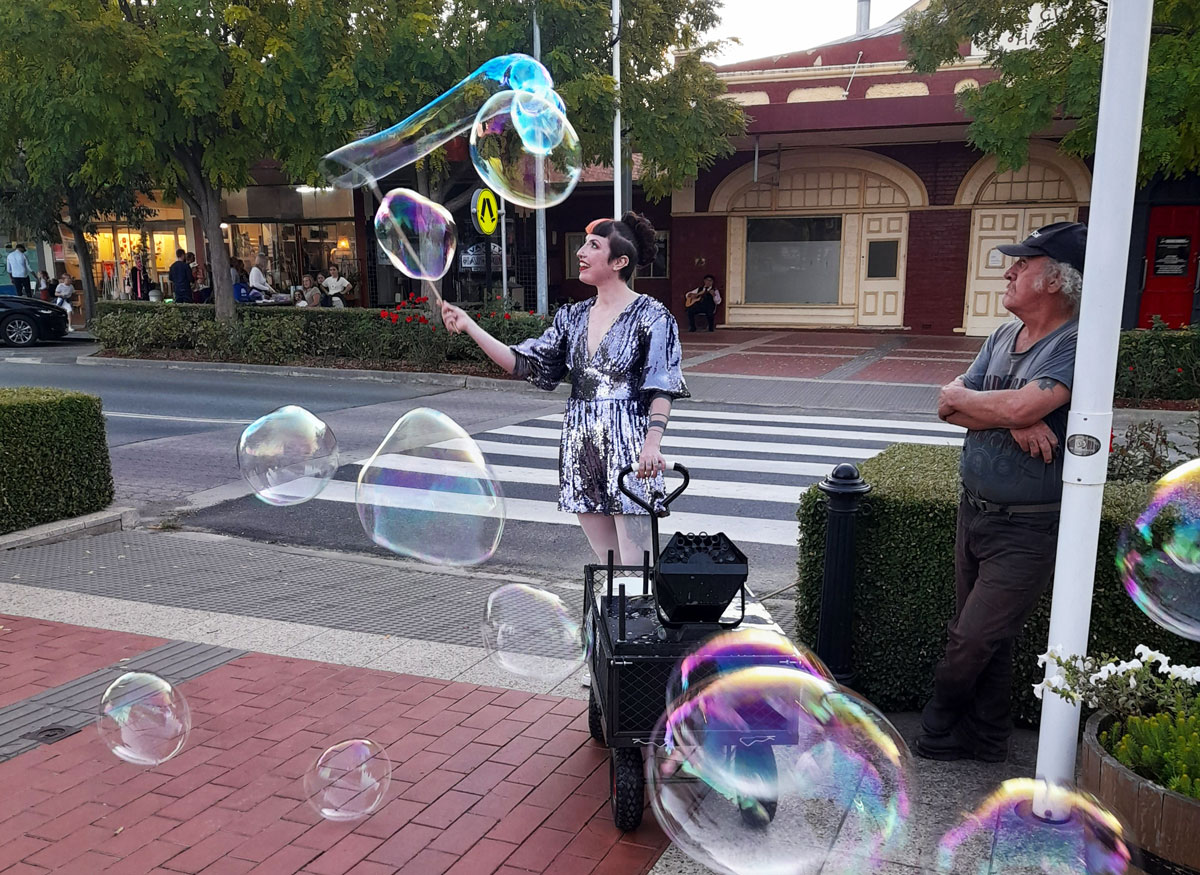