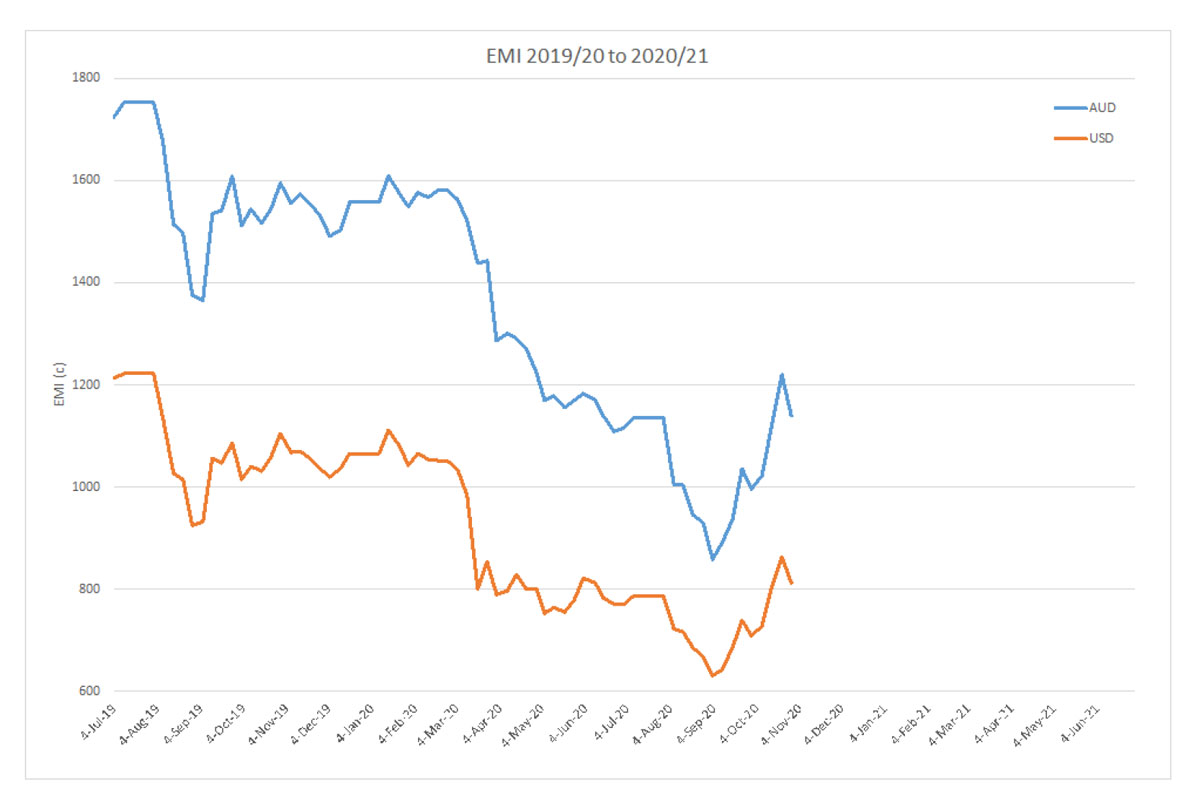 Merino Fleece experienced some solid losses ranging from 60-120c but still sat above their individual levels of 2 weeks ago. Most of the falls were experienced on the first day of selling and on Wednesday’s close, there was a healthy number of lots transacted post sale. Fremantle closed slightly dearer 2 hours after Sydney and Melbourne closed on Wednesday.

Merino Skirtings closely followed the fleece, forming a new price basis relatively quickly on Tuesday, and again losing 10-20c on the final day. Crossbreds experienced falls between 55c-80c and like the merino’s, most of the damage was done on Tuesday.

Merino Cardings fell an average of 25c in the eastern states with good demand for combing crutchings destined for open tops, whilst Fremantle closed 7c dearer. Crossbred oddment continued to struggle to attract any confidence from buyers as we move into late spring where the majority of crossbreds are crutched and shorn.

Explaining the wild fluctuations in the wool market seems fruitless as looking back over the past 18 months, volatility has been the normal. As we pointed out last week, the rises in the EMI over the past 8 weeks have been attributed to China emerging from their COVID 19 recession, and subsequently have experienced a recent increase in retail spending mainly online. In sync with this trend, the consumer focus for textiles has been mainly in the knitwear sector. 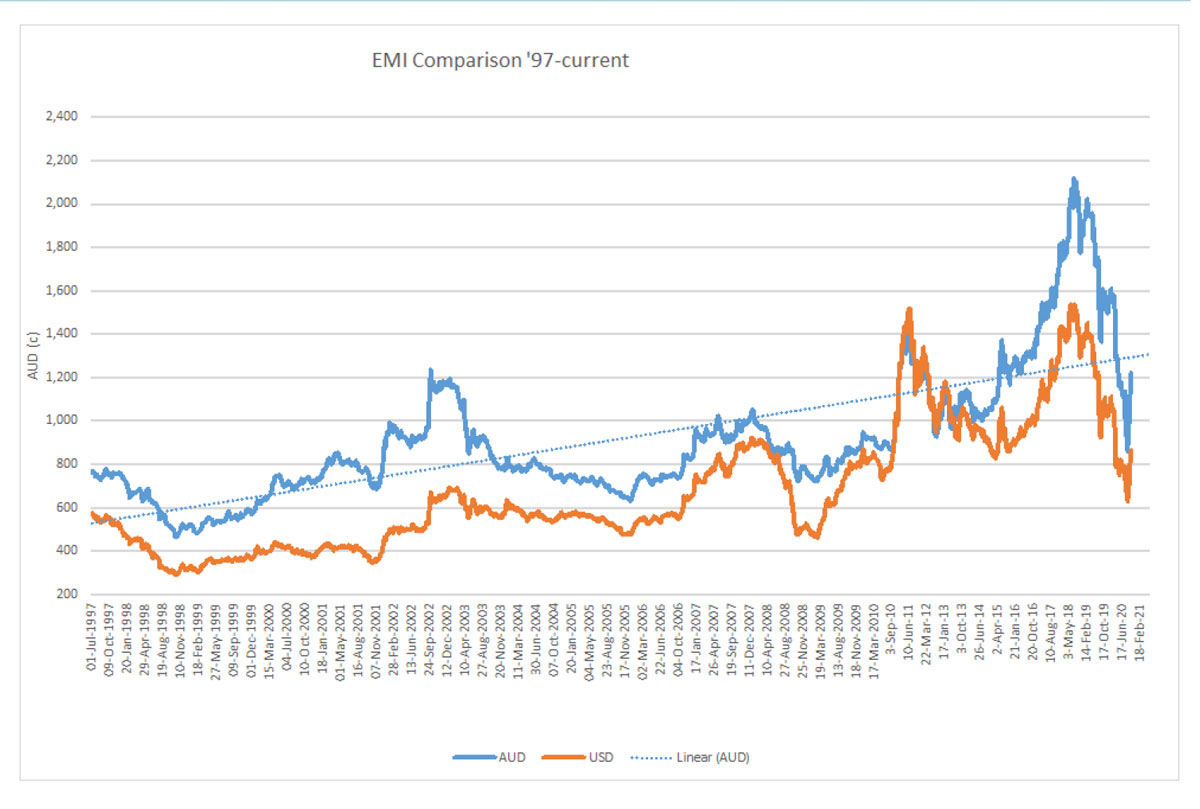 It seems logical for this sector to emerge when travel is severely limited and the consumer is looking for something new to wear that is comfortable and warm (for the ensuing Northern Hemisphere Winter) where they can lounge around home or travel locally to shop, exercise or just visit parks and playgrounds, etc.

However, the recent 40% recovery rise in the market may be very short lived if we look back to the same time last year where the US China trade tariff war was being played out. With Europe and US heading into their winter, it’s hard to imagine they will be experiencing anything except more restrictions, resulting in a further economic slowdown and hence continued suppression of retail expenditure.

Next week’s advertised offering of 36,666 bales being offered on Wednesday and Thursday due the public holiday should be met with some confidence, as the AUD fell 1c late in the week as well as exporters reporting an increase in interest at the current price basis after this week’s sales were completed. However, after the past two weeks market performance and the upcoming Melbourne Cup form guide, I would not bet on it.