Week S52: The AWEX EMI closed on 1,110c down 29c at auction sales in Australia this week. The result was less than pleasing for the closing sale of the 19-20 financial year. 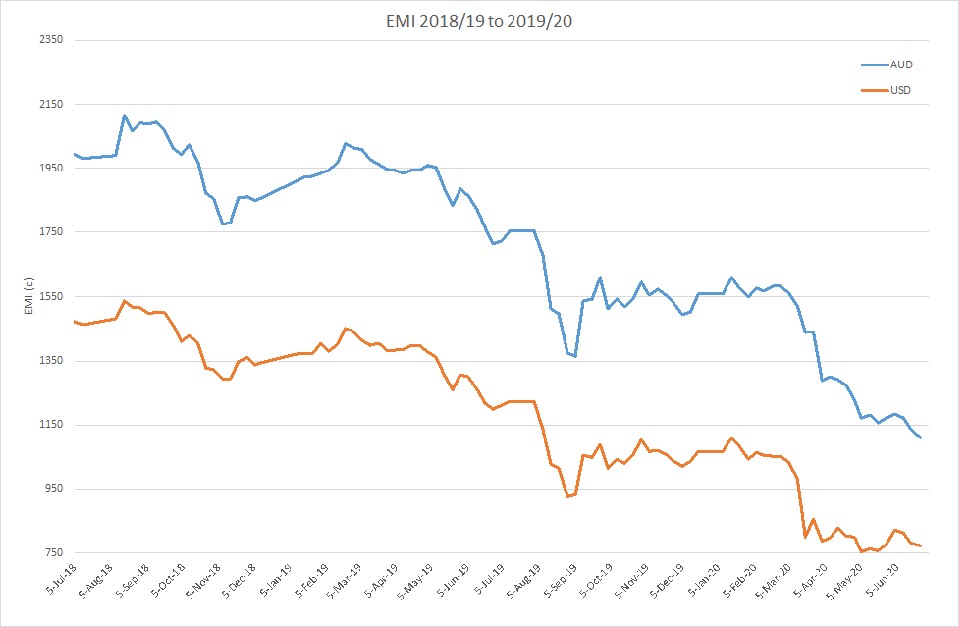 The AUD strengthened 1% this week with the EMI in USD falling 12c, less than half the AUD value. With 88.5% of the offering cleared to trade from the 28,029 bales offered it seems that the 2.5% fall did not frighten those who offered this week.

Merino Fleece opened with a weaker tone, however as the buyers realised the new reduced support levels there was a positive swing towards the end of the week. Merino Skirtings followed the fleece downward as the low yielding lots became cheaper than some of the fleece. Merino Cardings took a heavy price hit this week with prices reducing -44c and 50c in Sydney and Melbourne whilst Fremantle reduced by 19c. Crossbreds were also heavily affected by the price falls with losses of 20-40c recorded. 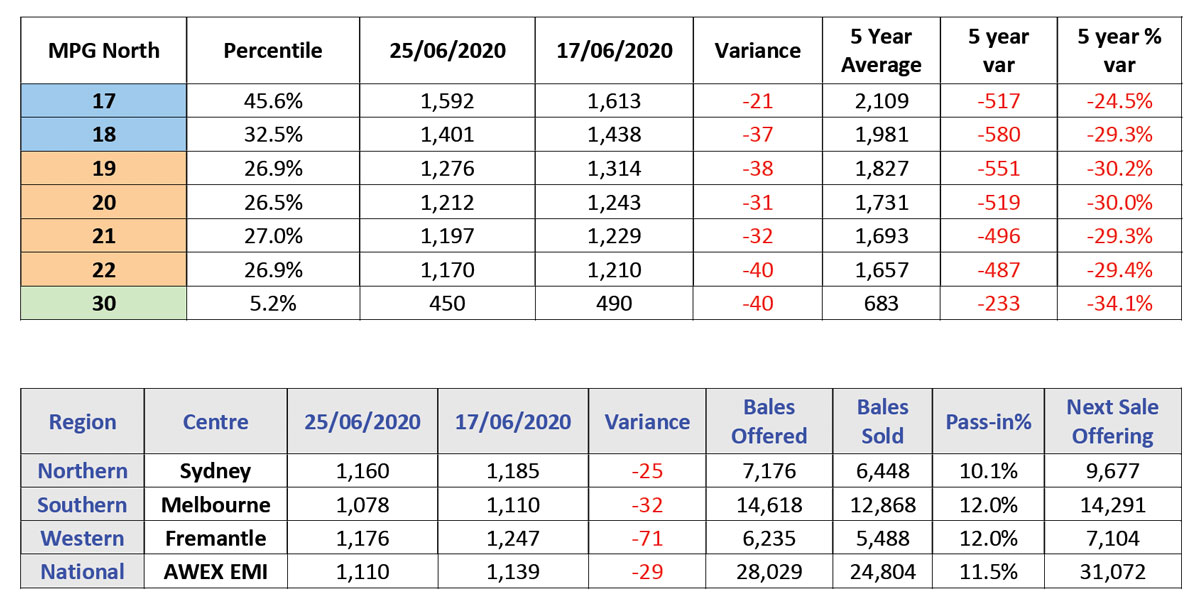 The impact of COVID-19 on the world economies continues to plague the wool market by the erosion of confidence at the retail end all the way back to the Australian wool exporter. For the first time in a long time the Forward wool prices are trading at near sport levels, however each week the price levels erode further. We have been told that there is a huge concern that the world’s largest economises are closely watching for a “second wave” of COVID-19 outbreaks which will send retail, hospitality and travel into further turmoil. The risk of the market falling further is high and pressuring the confidence in trading wool and other products to remain extremely poor. 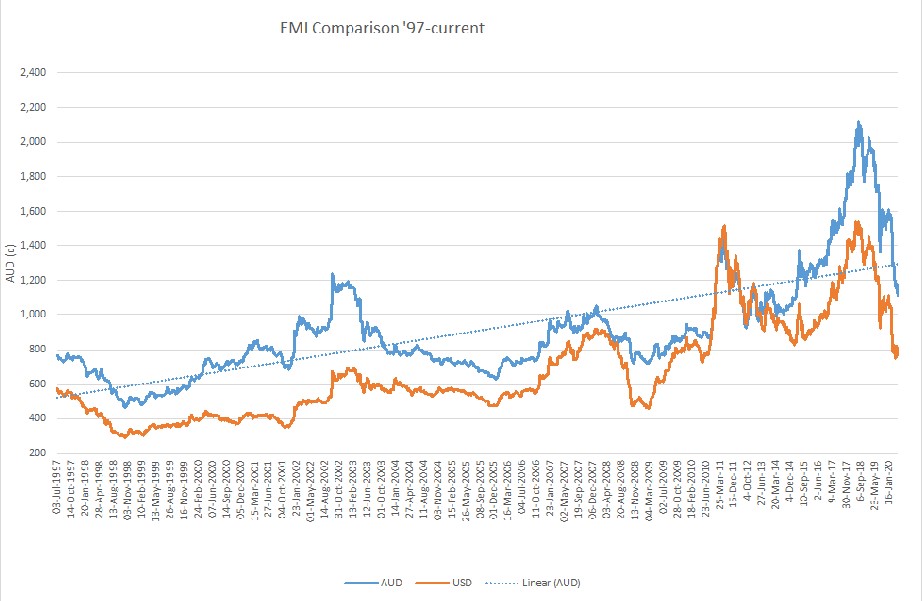 Next week we commence the first sale in the series for the new financial year offering 31,072 bales across all centres. The market intelligence is generally pointing towards merino fleece struggling to maintain its current levels and crossbreds that may slip even further into record low levels.