Week S09: The AWEX EMI closed on 929c down 16c at auction sales in Australia this week. From the 22,346 bales rostered 7.2% were withdrawn before the sale, and from the remaining 20,488 bales offered 11.2% was passed in. Despite the overall reduction in the EMI this week there were individual MPG’s that performed slightly better than the previous week. 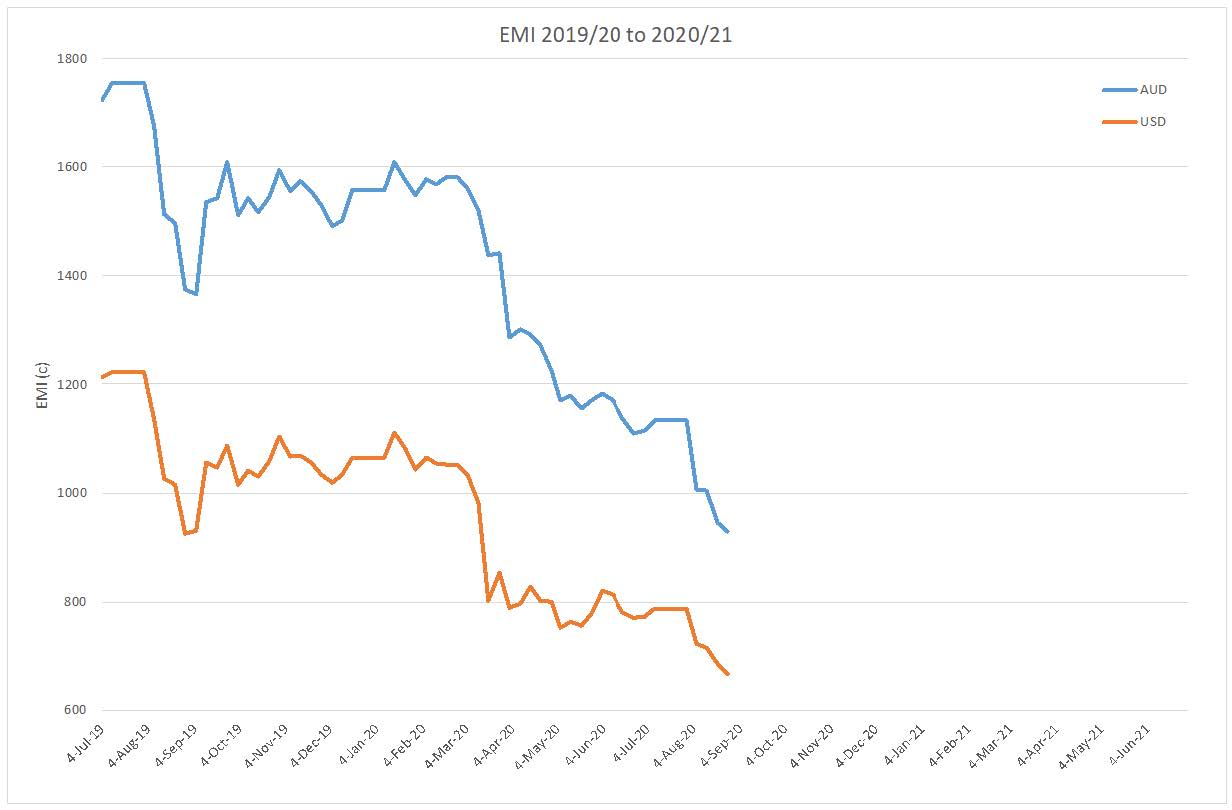 Merino Fleece saw better support for the 17, 18 and 19 MPG’s in the northern markets whilst the southern markets experienced price rises in the 16.5 to 18 MPG’s. The coarser Merino MPG’s came under some downward price pressure with price reductions measured between 11c and 54c. Exporters support came from a wide array of areas mostly destined for China.

Merino Skirtings were generally well supported with small price increases measured for the week. Buyers chased the long and FNF types to the point where they were challenging the similar specified Merino fleece prices.

Crossbreds fell between 30 and 60c for the week with over 20% being passed in. Poorly prepared and unskirted lots were the worst affected in the crossbred sector.

Merino Cardings bounced 42c in Sydney and just 6c in Melbourne. Whilst Stains and Crutchings measured better support, Locks coarser than 20μ measured solid falls. The change in direction was welcomed after the three previous falls (average for North and South) totalled 197c.

The total fall of 205c (-18%) since the market opened in August 2020 has cut deep for wool producers and those participants along the wool pipeline. Whilst this week saw some better support on selected categories, the fundamentals of little or no consumer activity at retail remain. 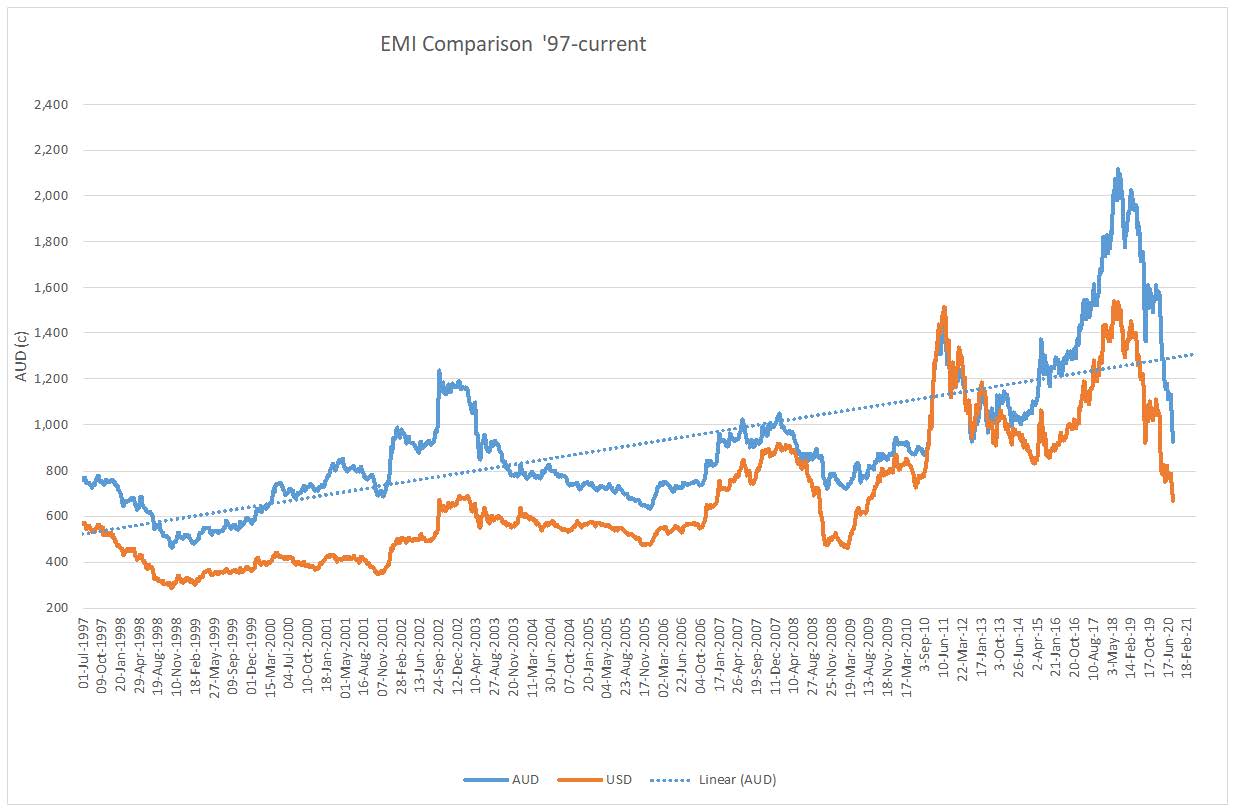 Next week’s offering increases to 32,958 bales as Fremantle returns to the selling roster.