Week S48: The AWEX EMI closed on 1170c, up 15c at auction sales in Australia this week. The small offering of 18,828 coupled with Exporters purchasing against forward sales, gave respite to the sliding market trend experienced since August last year. Just 7.9 % of the national offering was passed in with the best clearances to the trade for 9 months. The crossbred sector was the “fly in the ointment” in relation to clearance terms, posting an average pass-in and withdrawn rate of 20% nationally this week. The EMI peaked at 1172c on Tuesday in Sydney and Melbourne however lost 2c on Wednesday as Melbourne and Fremantle closed out the week. 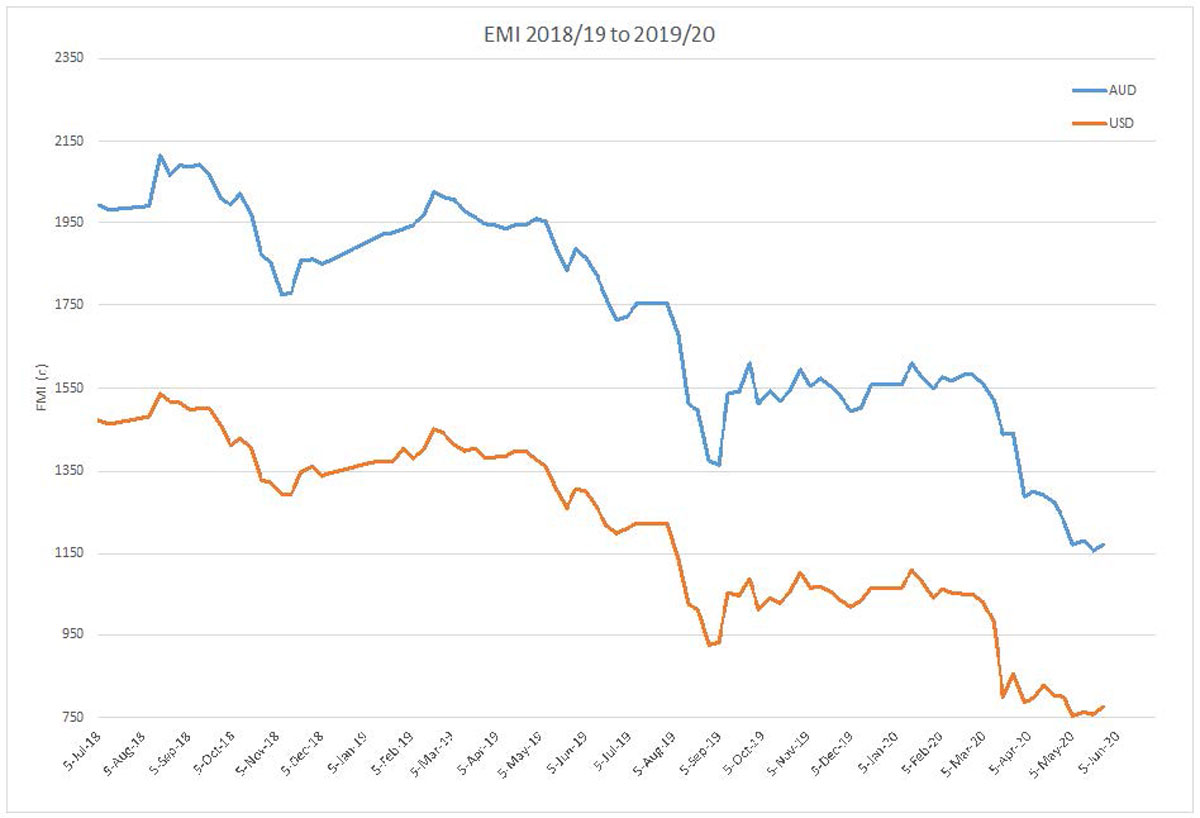 Merino fleece experienced across the board MPG rises of 18-29c with the superfine premium 17µ-19µ holding 21% (290c). The discount for the drought affected lower yielding wools held firm in the stronger market with increased competition emerging for these types.

Merino Skirtings followed the fleece trend with solid rises posted. What was noticeable in many cases in our catalogue of low yielding wools, the skirting yields surpass the fleece and hence the greasy price achieved in some cases were 60-95c over their fleece counterparts.

Crossbreds posted rises of 10-20c with the emphasis of well classed and specified 28.5µ and finer types attracting the competition. Whilst the Coarse crossbreds (>29µ) bump along the bottom of their price band in historic terms.

Merino Cardings posted price rises of 20c in the Northern Region, 16c in the southern Region and an encouraging rise of 37c in Fremantle as purchasers for these types seem to be gathering momen-tum after solid rises last week. Best me-rino crutching Crossbred cardings are still lacking any real competition.

Next week’s offering reduces back further to 17,136 bales. The low offering coupled with the buying activity on off market offer boards post sale, there should be a maintenance of this week’s prices at least. However exporters report difficulty in forward selling fleece at this week’s levels and therefore, it seems, for the short term a continuation of the degrading price curve is imminent. Reports of Activity from China being thwarted by a growing number of consignments being held in bonded Chinese warehouses awaiting the opening of their letters of credit is alarming at the very least. Chinese top makers are reducing processing capacity in anticipation of more positive signals to come from up the wool and textile pipeline. India remains to sit out of the market as does Italy as their textile pipeline awaits the reopening of retail to gauge any type of economic recovery at the retailers end.

Another concern I have was the inability by the National Auction Selling Committee to shorten the three week recess in July and early August to minimise a build-up of wool stocks for the reopening sale. The tradition of this recess is a hangover from the days when European clients would be visited in their summer holiday period. Today 75% of Australia’s early stage wool processing happens in China and now with border lockdowns prohibiting most international travel the recess takes on a lesser urgency, for at least this year. Moses & Son will be offering online sales over this period for our clients to minimise the waiting time for proceeds and to avoid a possible price fall in the opening sale in August. 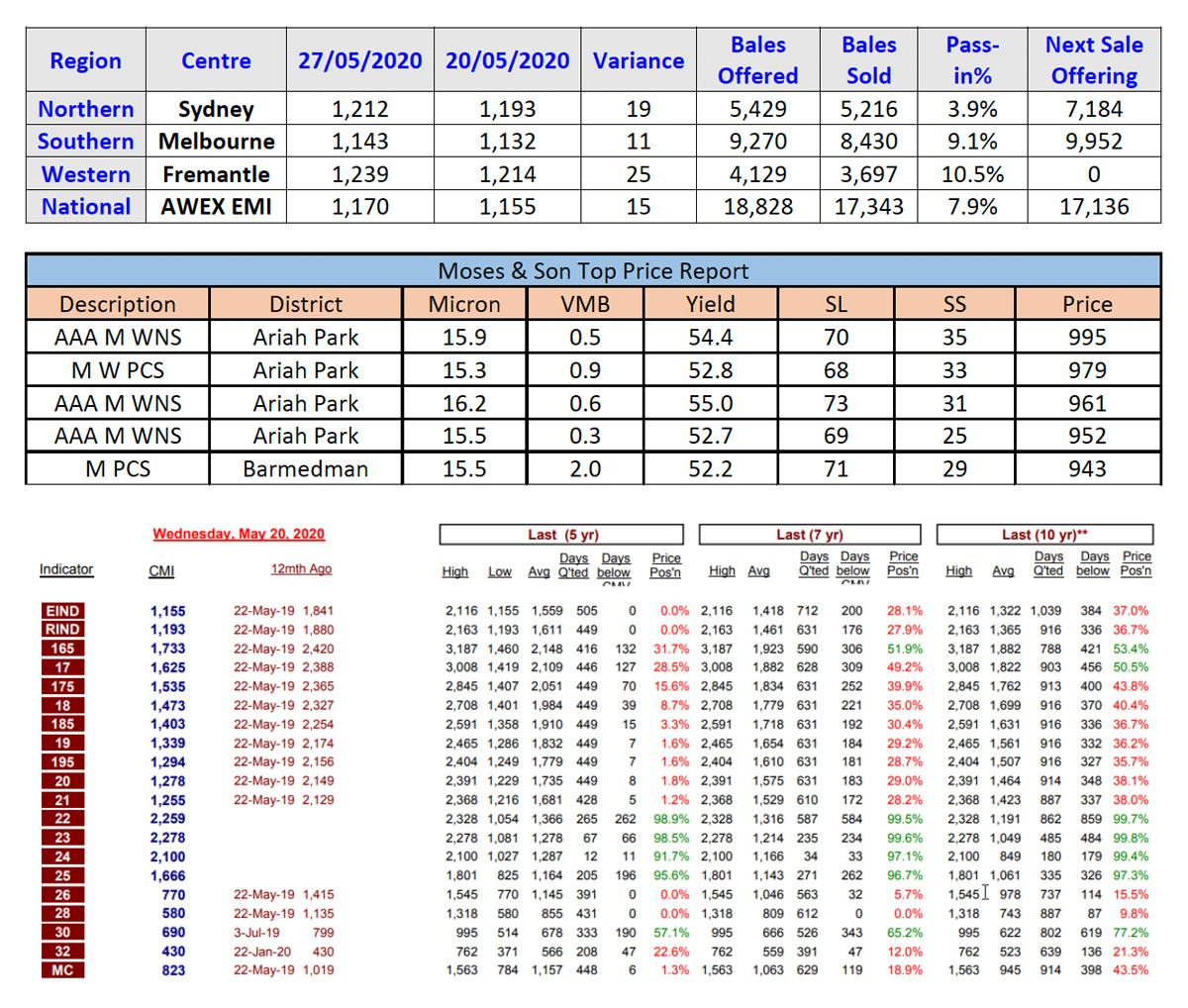 Week S52: The AWEX EMI closed on 1,110c down 29c at auction sales in Australia this week. The result was less than…

Week S44: The AWEX EMI closed on 1225c, down 47c at auction sales in Australia this week. The original offering of 2…